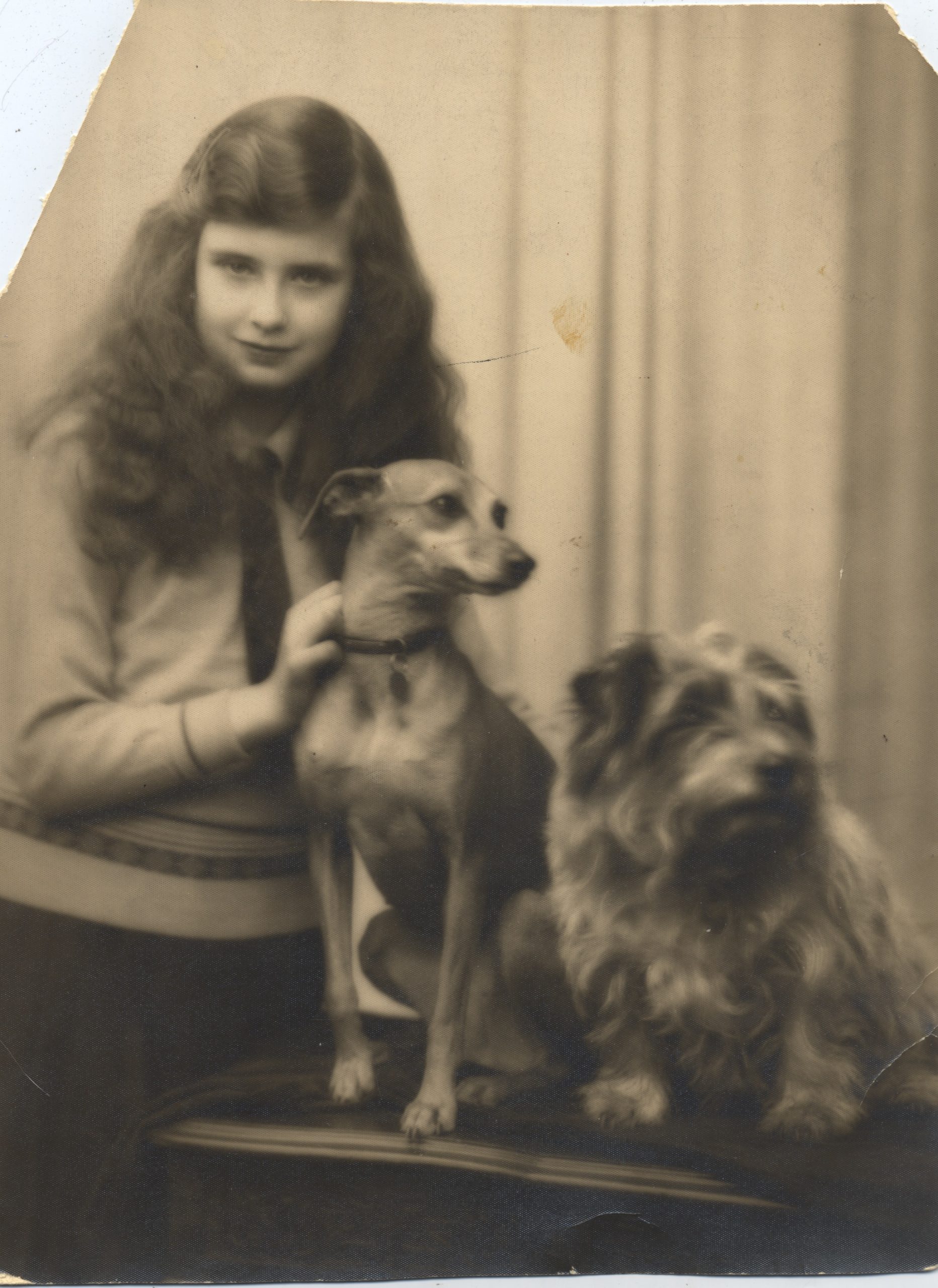 Before buying her cottage in Terrick, Joan’s mother took a house in the nearbye village of Wendover and could remember driving down the High Street as a small child in a cart pulled by a goat. 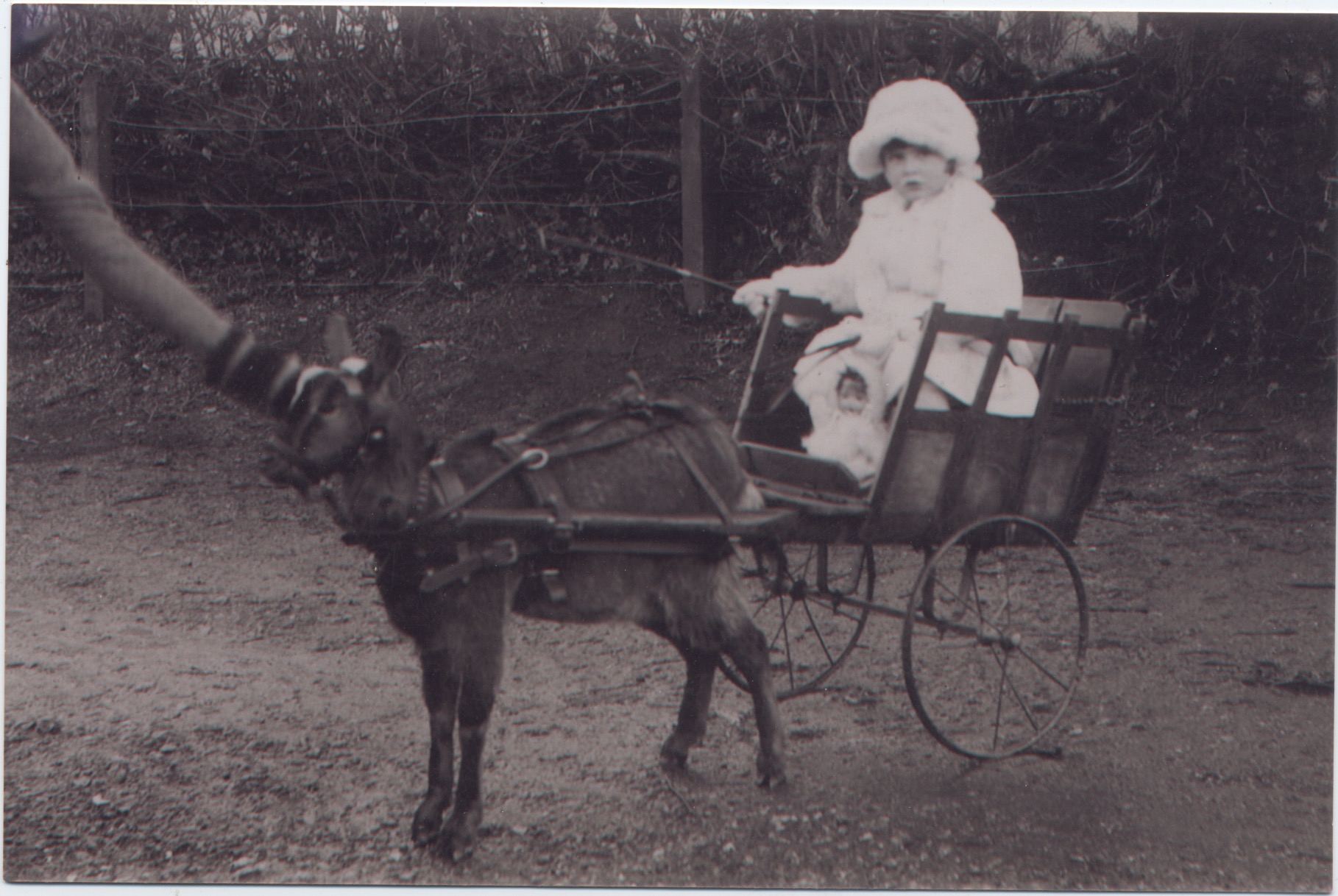 Joan, aged 10, with dogs Tess and Lucky, at Evelyn Gardens.

Joan loved animals of all kinds but tended to have cats in later life. 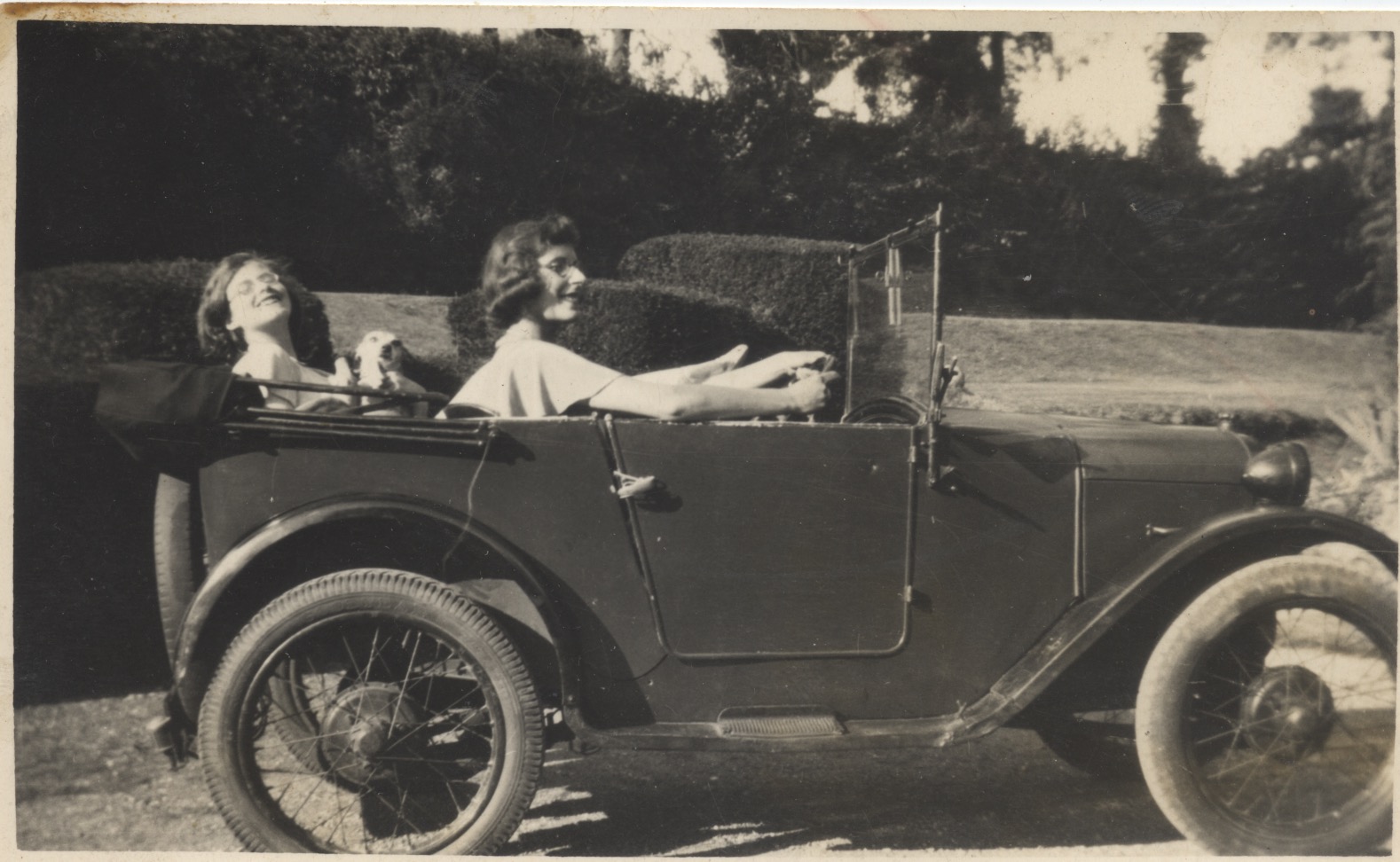 Joan with Tessa the whippet

Joan is seen here the back of an open topped Ford, driven by her mother, Iris, at Wendover in Buckinghamshire. 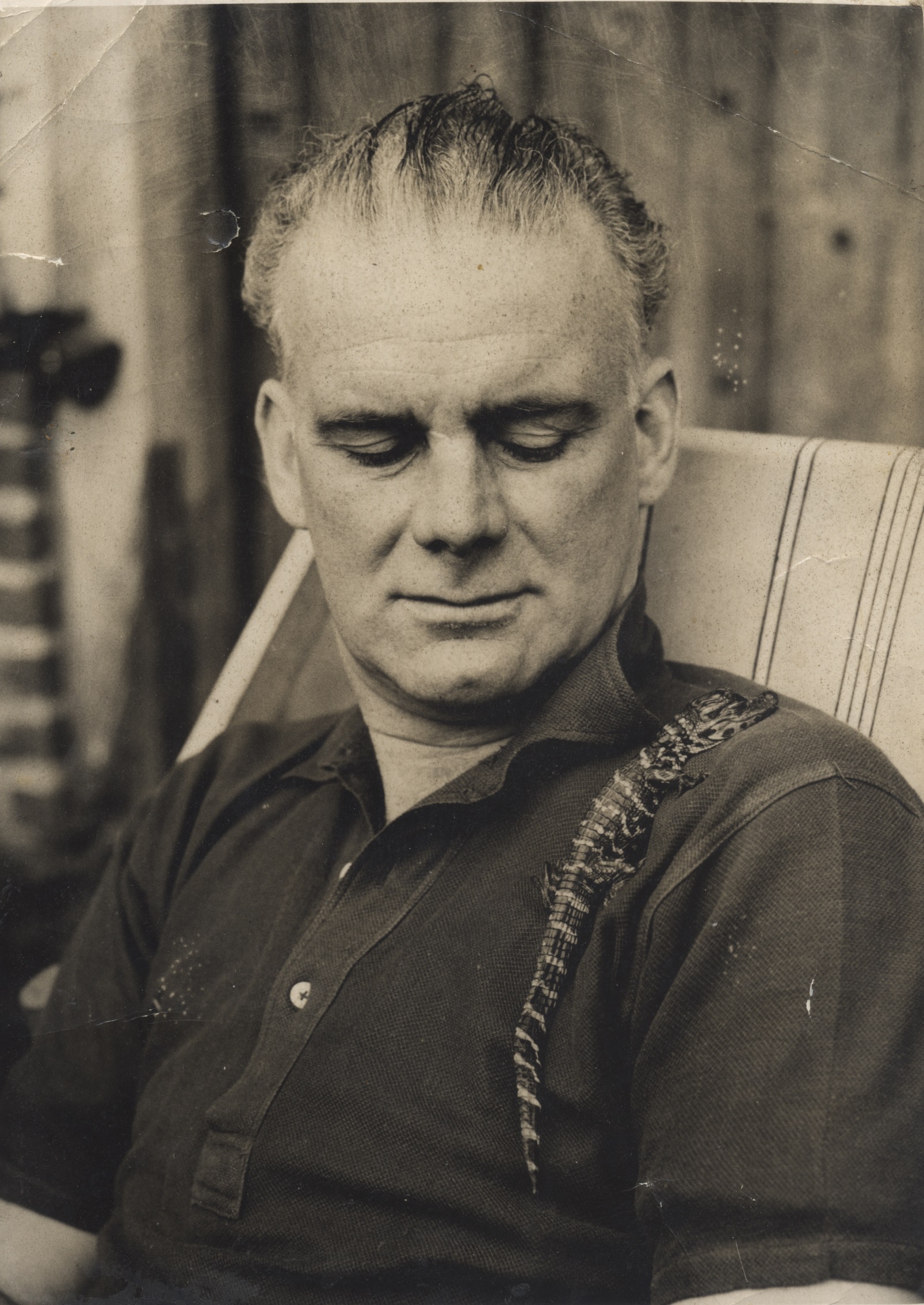 Joan’s father, the artist, writer and photographer Richard Wyndham, satirised by his onetime protégé Wyndham Lewis in his novel The Apes of God as the flagellist character, Dick Whippington.

When Dick and Iris were first married they lived at Clouds, a grand country house built for Percy and Madeline Wyndham in 1886 by the Arts and Crafts architect Philip Webb. Their marriage did not last and Dick was too much of a Bohemian to hang onto Clouds for long. Joan was amused that it later became a drug and alcohol rehabilitation centre where friends of hers sometimes went for treatment. 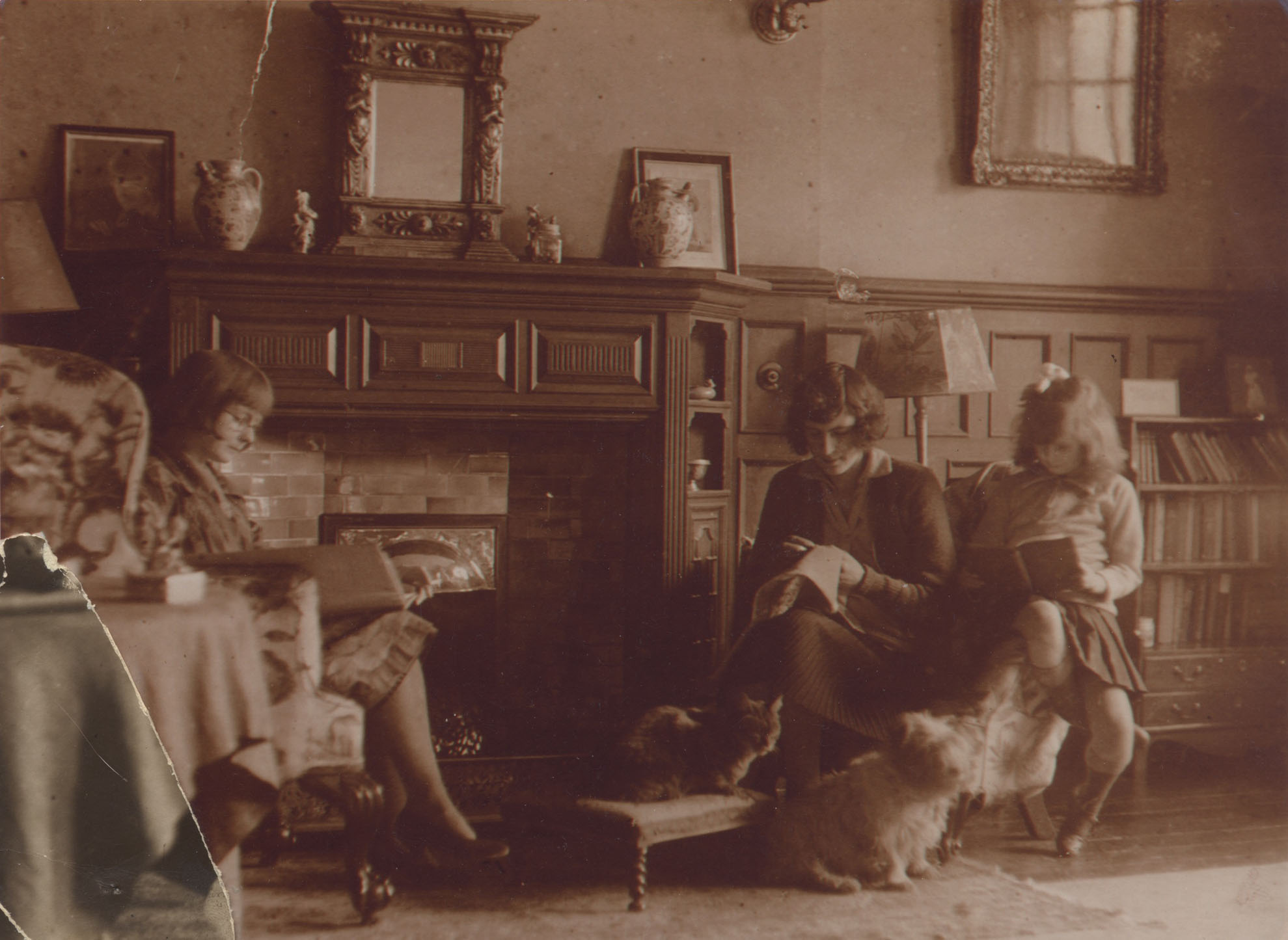 Joan with her mother, Iris, and Iris’s companion whose nickname was Sid, at their home in Evelyn Gardens, Chelsea, with the cat Jones and dog, Lucky.

Sid’s real name was Caryll Houselander, and she was  lay Roman Catholic  artist, mystic, popular religious writer and poet, who has a following to this day.

When Iris bought her cottage in Buckinghamshire after the war, she created a studio for Sid where she could do her carvings, and named it Woodpeckers. It was also consecrated for religious purposes.  Iris’s granddaughter, Camilla, still uses it as a sculpture studio.